Just added to your cart

Milano Coffee on Comox Avenue. Great little coffee shop which has become one of Comox’s morning hubs. Built on 75 years of Italian expresso innovation, made from small batches hand picked from the best destinations around the world. Thanks Vickie and Robin for creating such a beautiful local experience. 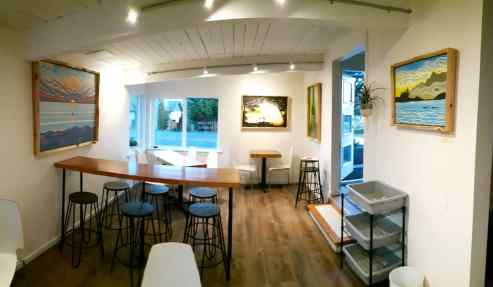 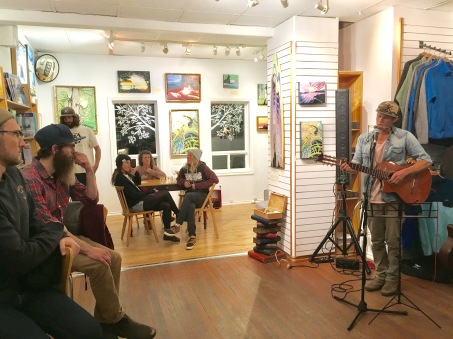 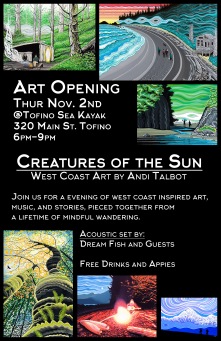 Spent the Fall framing up some pieces for the beautiful giftshop gallery at Tofino Sea Kayaking on Main Street. A venue with one of the best views in town facing the inner harbour. My good friend Deep Cedar hailing from the Kootenays joined me to play some folk tunes. Thanks so much to everyone who stopped by and brought the magic, Much love. 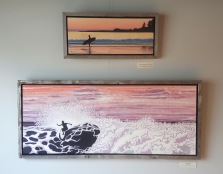 First show in the Comox Valley and it couldn’t have gone better, such a great turn out throughout the evening in the newly renovated Grotto Tapas bar. There was live music from my friends Amy Mulion, Jamie McGrath, Ronny Bernard and Dave Helmer on the Decks. Much love to the incredible staff for offering great local food and drinks in an amazing venue. Highly recommend this place if ya haven’t been yet. 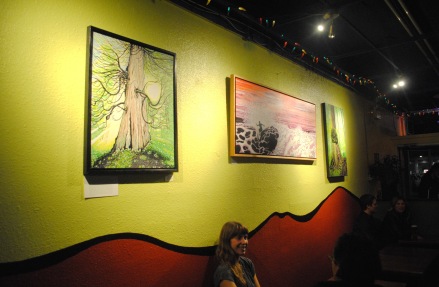 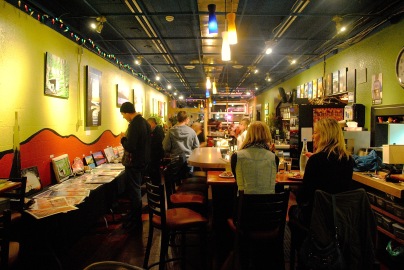 An evening of west coast art and live jams inside the beautiful Christy Feaver Gallery on 4th Street. Christy showcases her metal work here, along with a bunch of other talented local west coast artisans like Claire Watson (www.clairewatson.com). Great to be back out in Tofino again, hit up the Saturday market and soaked that hot September sun in, good vibrations as always, so much love for this place! 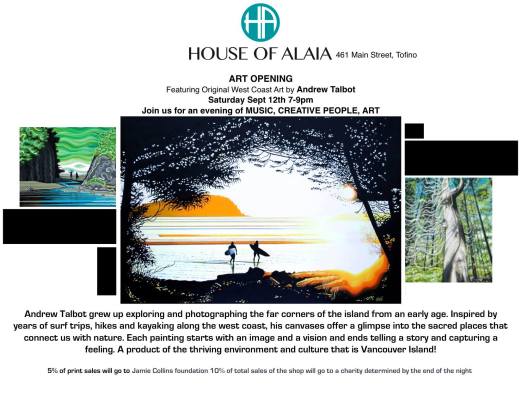 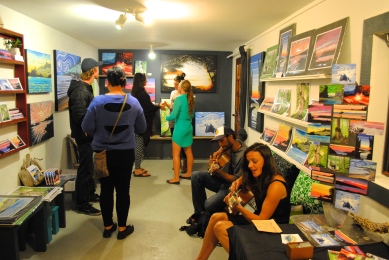 Vended at the Common Folk Tent with two amazing artists, Amy Mulion and Jenja. The Elevate Arts Festival is a free multi day festival (June 3-5) that aims to break down barriers between culture producers and culture. This event brings out so much local talent in the valley 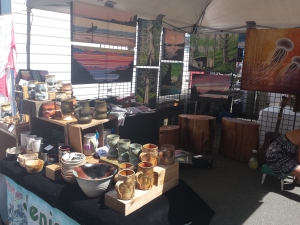 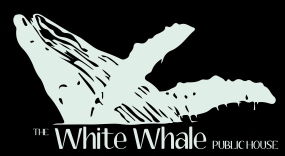 Got to be a part of the grand Opening of the White Whale Tap House in July. Had five pieces on display with a number of other local artists. Friends Max Oudendag and Robin McKamey have created a great place to showcase all the talent this island has to offer, whether it be murals, canvases, local food, music or craft beer.

First show in the Comox Valley! Had a great August long weekend vending next to so many other talented local artists.  Amazing local folk festival situated right on the beach in Palm Beach Park overlooking Texada Island. Can’t think of a better way that this summer could have ended. Met so many incredibly talented artists from the Sunshine coast in a corner of the province that rarely gets visited. The 22nd year for this Fair Trade craft fair in the Comox Valley and one of the busiest years to date. It’s grown from a few vendors in a church to the largest Fair Trade craft fair in Canada. Held on the 22nd and 23rd of November in the Florence Filberg Centre, it specializes in beautifully hand-crafted gifts from all over the world and guarantees the makers get a fair price. I donated 20% of my profits to the Raincoast Foundation who are trying to keep our coastline oil-free. The last stop for the Fair Trade fair on Vancouver island was at Timberline Secondary School. Had an amazing turn out and ended up raising $700 for the Raincoast Foundation at these two events! Thank you everyone in the Riv for your support and generosity.

Featuring 23 art pieces by 19 North Island artists that will be on display for 5 months. This year the theme is ‘Wanderlust’ which represents the strong desire to travel to this  special part of the country. This event has been happening for 5 years now and its a great way to showcase unique island art to locals and visitors. 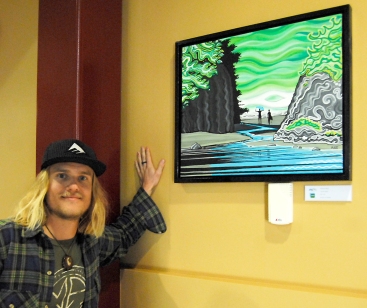 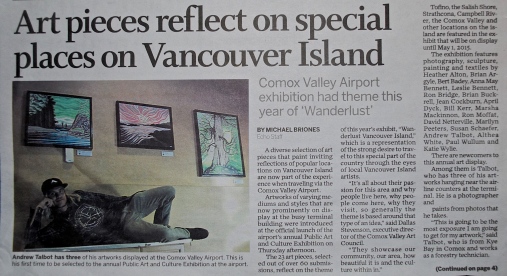 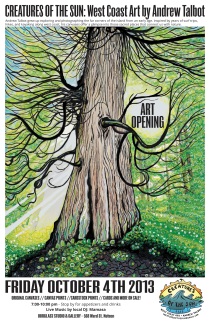 First Art Opening at Dan’s Glass Blowing Studio on Ward Street. Displayed 13 Canvases and 2 Artist Conks. Local DJ Mamasa played the show and overall it was great way to culminate 2 years of hard work. Thanks everyone who made it out! Also premiered a short surf video at the end of the night called “Sea Gypsy Living” from my last surf trip to Indonesia. If your in Nelson Ourglass studio is currently selling creatures of the sun, prints magnets and cards and has a new feature artist every month. 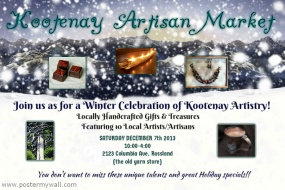 A Christmas Artisan Craft Fair that highlights work by local Kootenay artists. Was really excited to be apart of this event put on by my friends Miche and Dan in Rossland. Happens at the end of November at different venues around town as the christmas parade is taking place. Such a great ski town and so much support for the west coast. 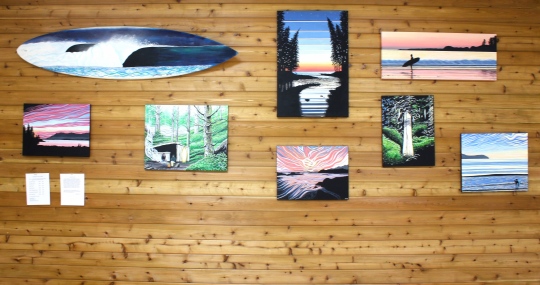 A 3 day festival created by Racheal Treloar that show-cased local fashion, music, and paintings. The drive behind it was to expose some great local talent and to raise money to keep our coastline oil-free.